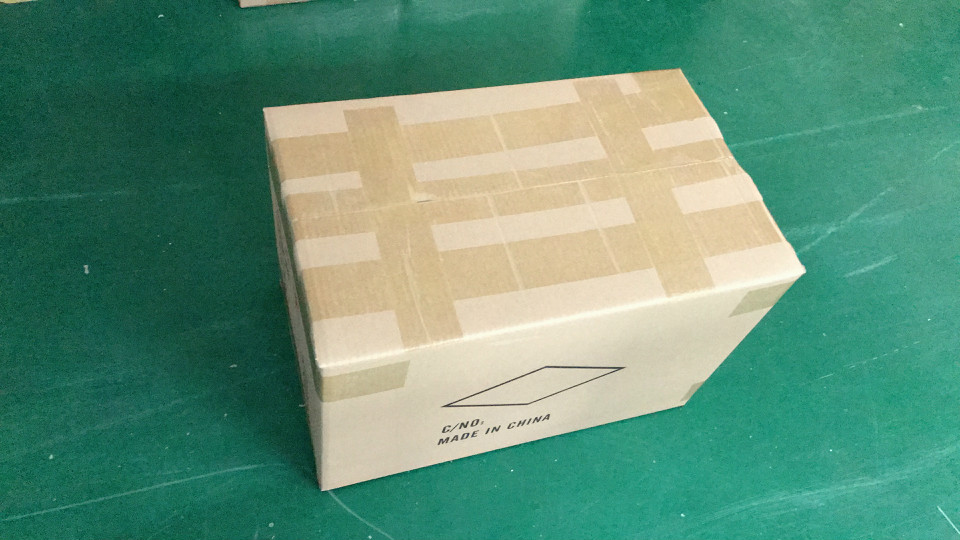 The MIDI adapter has a male 3.5mm TRS minijack at one end, and a female 5 pin DIN MIDI connector on the other end, 15cm long of the cable and 24cm including the plugs.

So long as you have two pieces of gear wired this way, you can connect them with a standard stereo minijack audio cable (that's a single stereo minijack at both ends). It's exactly the same as using a MIDI cable.

In the past few years MIDI hardware products have become smaller and smaller especially as many of them are meant to be used with mobile computing devices. But this has caused some issues as 5 Pin DIN MIDI plugs are pretty big. No one wants an accessory that's 10 times the size of the smartphone it connects to ! So recently many products have used a stereo 3.5mm minijack connector on the product itself with a breakout cable to standard 5 Pin DIN MIDI connector.

The standard MIDI DIN cable – that's the big honkin' connector you use on most of your MIDI gear – has become the bane of music hardware makers. The problem is, as gear has gotten smaller, the standard DIN connector hasn't. And that's a big problem, literally. To add a MIDI port to a device, you need to not only have enough clearance for the connector itself, but the whole around the port and the physical assembly that contains it. Speaking as a hardware maker, that takes up space you can't even see from the outside.

As a result, a lot of hardware that should have had MIDI in and out doesn't, to save room. Or it's forced to be thicker than it needs to be. Or it squeezes out other useful ports.

To be clear,on devices that can fit a MIDI DIN, it still makes sense. It's a standard part, you've got the cables, you've got things to plug it into, and the connector is safe to use. But if it simply won't fit, something else is a must. And that's why other connectors are already shipping on gear. Imagine if they were all interoperable.

It doesn't have to be this way. S-Video could have become a replacement in the 90s, back when we used such things. (It's actually also a DIN connector, with a more-than-enough 4-pin arrangement, but it's smaller.)

Now, you may have noticed a lot of gear includes mini jacks onboard. A stereo minijack (3.5mm "miniklinken") connector has three pins – and MIDI also has three pins. (Okay, it has five, but two are unused.) Look at the breakouts included in the box, and what you'll see is a standard 3-pin stereo minijack on one end, and then a standard 5 Pin DIN connector on the other.

But here's where things get interesting. Imagine you have two pieces of gear, each with these minijack-to-DIN breakouts. And you want to connect them together. What would happen if you skipped the little DIN dongles and ran an ordinary stereo mini jack cable between them?

Well, whether it worked or not would depend on how that minijack connector itself was wired. So, I asked a few manufacturers, off the record and unofficially, what they were doing. It wasn't hard to convince people to talk about it; anyone who has ever dealt with this problem dreams of ditching DIN.

Types of wiring pinout – seen below, please check which type pinout you want.

Also you can specify a different pinout for this part with following:

1. Do you provide samples?

Yes, Two samples for free .Dear ,freight fee charged by your side.

2. What is your minimum order quantity?

3. What about your production capacity?

4. Where is your company?

Our company and factory all are in Shenzhen.

Of course, OEM is welcome.

After Hours: Many times we're working late so try us on email. Otherwise leave us a message and we'll return your call no later than the next business day.